I still had to finish up some work and pack all my stuff before I could leave. By the time I was finally able to leave my house it was 3pm already. But I was still determined to make it as far as I could. I made it to somewhere between Chelan and Okanogen when it started to get dark, so I found a camping spot just of one of the small dirt roads. It was nice and warm during the day but it got really cold that night. I din't sleep very well since I was so cold.

I couldn't sleep much due to the cold so I got up at 5am and started driving again. I noticed frost on the ground when I left, so it got pretty cold indeed. I was already behind schedule so I figured I would get as much driving done today as I could. I stopped to get fuel and eat some breakfast in Omak and was able to cross the border at 7am. There was no one else at the small border crossing near Ossoyoos and the Canadian Customs Officer found it very strange that I was there so early. He kept asking me more questions and only got more suspicious when I told him I didn't know exactly where I camped the night before and that I had a month off work and was on a road trip. They decided to search my car which took about 30 minutes. The worst part was not that I had to wait but that they messed up everything I had packed and just randomly threw it all back in the car. So later that day I had to spend another 30 minutes trying to repack and reorganize my car. I got to Kelowna around 11am, which was just in time for one of my favorite restaurants ever, Lake Tai, to open. I ordered an extra portion to take which me for dinner later and was soon on the road again. 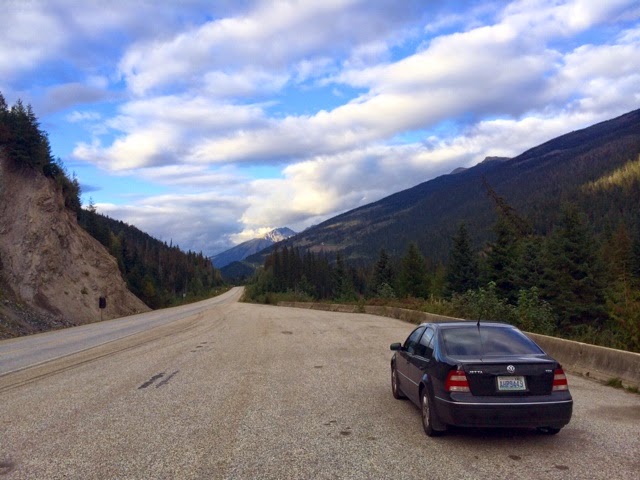 It turned out to become another beautiful sunny day and the scenery along the whole drive was gorgeous. Somewhere north of Kamloops I passed a young man with a large backpack trying to hitch a ride so I decided to stop. His name was Fred, he was probably about 20 years old and he told me he was from Quebec, which explained his strong French accent. We chatted for a while and I found out he just spend a few weeks at some sort of hippy  gathering on Vancouver Island but was now on his way to visit a friend in Edmonton and work there for a temp agency to get some money again since he was broke. I asked him if he was hungry and he said yes, so I stopped at the next little town we passed and bought him a couple burgers. He was much appreciative and from the little time it took him to eat, I could tell that he probably hadn't eaten in awhile. He asked that I drop him off around 5:30 so he would still have enough time to set up his and tent before it started to get dark. When it was 5:20 he noticed a good camping spot so I dropped him off there and we said goodbye. I saw a black bear near the road about 5 miles from where I dropped him off, so I hope he stayed safe.

I still had about an hour of daylight left so I decided to make the most of it and keep driving. I made it to Valemount and found an mazing camping spot, right on Kinbasket Lake. Beautiful mountain views surrounded me in every direction and best of all, I had the whole place to myself and it was free! It was much less cold than the previous night and and I had prepared a little better by dressing warmer. 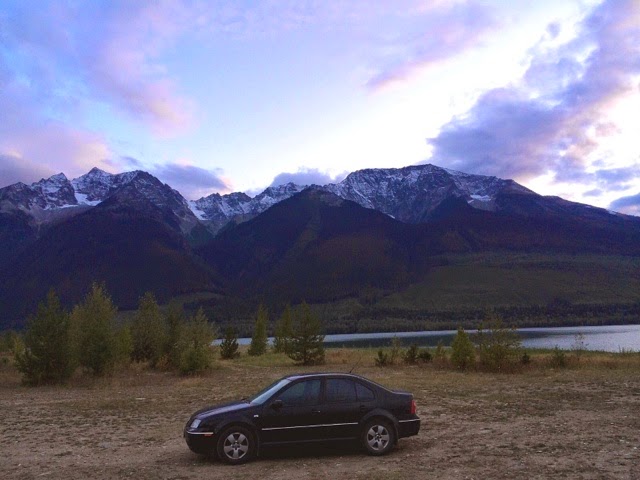 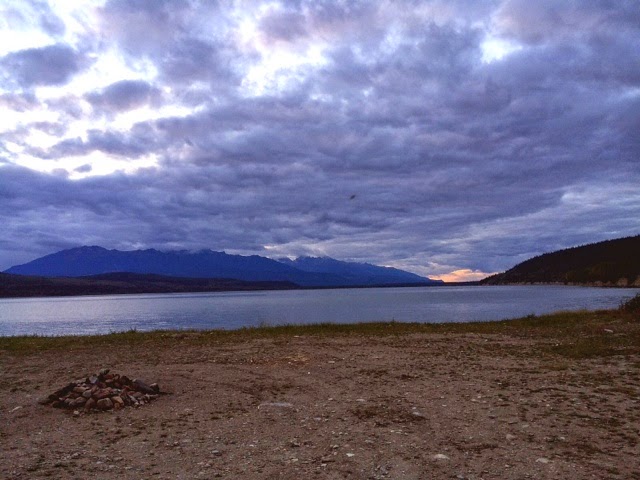 Next update to follow whenever I find wifi again...